Emilie Saada is a Producer, Publisher, Translator, Author & Musician.
She coordinated the English web edition of 'Cahiers du Cinéma' from 2007 to 2009.

As a Translator and Publisher, she specializes in Graphic Novel & the Cinema. Saada was the first French Translator of The Simpsons comic books, and her work in the field is associated with names such as Hugo Pratt, Nanni Moretti, Orson Welles, Stanley Kubrick, Lorenzo Mattotti and then some.

As a Film Producer, she is interested in discovering talent and supporting projects rooted in the Underground.
The Music is the field where Emilie's inclinations are the most eclectic, and her choices have always been purely emotional.

She is the CEO of Triune Productions Limited in the U.K., and the President of YoungWise Productions in France.

A polyglot, she lived over several continents and has projects running with Collaborators worldwide.
Saada likes to mention she was born the same year as Prince. 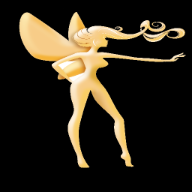